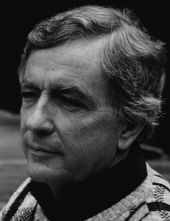 Frank Johnston entered his heavenly home about 7:30 Thursday evening, August 20.  Pat, Susan, Jeff, Will and I were with him at the time.  It is hard to say good-bye to one who has meant so much to us and to so many others. But, there is comfort to be found for all of us in Jesus' promise that Frank is now peacefully in the home lovingly prepared for him by the Heavenly Father he served so well all his life.  Plans are being made for a small family service in the near future.  A service celebrating Frank's life will be planned in the future when we can gather freely in the church building together.

The following obituary is courtesy of the Frank C. Videon Funeral Home.

It is with great sadness that we report the passing of Dr. Francis E. Johnston on August 20, 2020, due to complications from Alzheimer’s. Johnston, or Frank as he was known, was a Professor Emeritus of biological anthropology at the University of Pennsylvania and held many senior positions in anthropological and professional organizations over the course of his career. He was living in Springfield, PA, at the time of his passing.

Frank Johnston was born in Paris, KY, in 1931, to Francis C. Johnston and Hattie C. Phillips. He attended Paris High School and, after graduating, began studies at the University of Kentucky. Before finishing, he left college and enlisted in the Marine Corps in 1953. He became a Naval Aviator, and ultimately a flight instructor, earning a National Defense Service Ribbon. He was honorably discharged from the Corps in 1958 with the rank of First Lieutenant.

While he was at the university, Johnston took a class from Charles Snow, a biological anthropologist. Meeting Snow inspired Johnston to pursue anthropology. After leaving the Marine Corps he returned to the University of Kentucky, completing his BA and then his MSc degree, studying the Archaic period Native American burials from the site of Indian Knoll, KY. Building on this, Johnston’s interests turned to the use of skeletal analysis to study growth and development in living people, and he entered the Anthropology Department at the University of Pennsylvania to work with Wilton Krogman. He received his PhD in 1962 after completing a study of the ways in which skeletal analysis could be used to measure and assess the growth, and therefore the health, of children in Philadelphia.

Johnston’s research focused on the growth and development of children, particularly how culture affected their nutritional status and so their health. He did research in many places throughout Latin America, especially Guatemala (since 1966) but also in Mexico, Peru, Ecuador, and Cuba. He was also involved in the study of the health effects of modernization in Papua New Guinea. In 1990, Johnston began an academically-based community service initiative in West Philadelphia. His teaching also incorporated service learning, particularly with the Netter Center for Community Partnerships at Penn, where he served as a co-chair of its Faculty Advisory Board for 20 years, and through the Urban Nutrition Initiative, which he founded and directed. He was also a member of the University of Pennsylvania Medical School Council on Health Promotion and Disease Prevention and the Council’s Special Task Force on improving the health status of the West Philadelphia community.

Throughout his career, Johnston held many positions and received many honors. He served as department Chair of Anthropology at Penn from 1982-1994. He was an Overseas Fellow of Churchill College, University of Cambridge (1994-95 and 2000) and was a Visiting Fellow of the Department of Anthropology, University College, London, (1988-89) and Visiting Professor of Human Biology at the University of Cape Town, South Africa (1989). Johnston was a past-President of the American Association of Physical Anthropologists (1983-85) and was Editor-in-Chief of the American Journal of Physical Anthropology (1977-83), Human Biology (1987-88), and the American Journal of Human Biology (1988-90). He served as Consultant to the National Academy of Sciences, the National Science Foundation, the National Institutes of Health, the World Health Organization, and the Pan American Health Organization.

Among many honors, in 1982 he received the award of the American Society of Scientific Publishers for editing the best issue of a scientific journal published that year in the USA. In 1986 he received the award as author of the best article appearing that year in the Journal of Adolescent Medicine. In 1998 he received Honorable Mention for the Ernest A. Lynton Award for Faculty Professional Service, given by the New England Resource Center for Higher Education. In April, 2003, Johnston received the Charles Darwin Lifetime Achievement Award of the American Association of Physical Anthropologists. In 2002, Barbara and G. Frederick Roll established a permanent academic chair of anthropology in Johnston’s honor, the Francis E. Johnston Term Professor of Anthropology.

Johnston wrote fifteen books and over 160 articles. His last book, Knowledge for Social Change (written with a number of co-authors) was published in 2017. Using history, social theory, and case studies, the book argues that we should fundamentally rethink research universities, using the knowledge they produce to enact social change and help create and sustain democratically-engaged colleges and universities for the public good.

During his career, Johnston supervised many students, including undergraduates, Masters’ students and over twenty PhD students. He was known for having a breadth of academic knowledge, but also for understanding that academics need to get out of the university and do practical work in the community. Towards this end, in 1991, Johnston founded and directed the Netter Center’s Agatston Urban Nutrition Initiative, which develops programs in nutrition and health education. This included establishing fruit stands and school gardens in 16 Philadelphia schools, serving more than 6,000 students as well as hundreds of adults at a variety of West Philadelphia community and senior centers. He encouraged students to see the practical side of knowledge, and to use that knowledge to make the world a better place. His students remember him as funny, kind, and decent, always willing to help and encouraging them to explore new ways of thinking about the world. He was known to say that “service is the rent we pay for the privilege of living on this earth”, a quote attributed to different people in slightly different ways but summarizing how he felt about the importance of giving back to the community.

Johnston loved opera and jazz, good wine, travel, and good conversation. He was a lifetime member of his church, and served as elder, organist, and choir director for 50 years. He was a mentor, a husband, a friend, a father, a colleague, and we will miss him very, very much. He is survived by his wife, Patricia Johnston, whom he married in 1955, and by three children and three grandchildren.
The family requests that memorial donations be made in Frank's Memory to the Alzheimer s Assoc., 399 Market St, Suite 102, Phila, PA 19106

Due to the COVID pandemic, a private funeral service for his immediate family is being held. Services will be set for a future date to be determined. You can still show your support by planting a tree in memory of Francis "Frank" E. Johnston. To plant a beautiful memorial tree in memory of Frank, please visit Videon's Tribute Store.