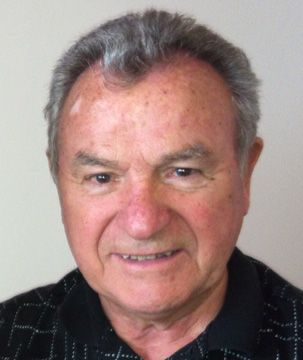 It is with deep sadness that I let you know that Karl Pfeifer passed away peacefully in his sleep at 12:15 a.m., November 14, 2017. Our love and deepest sympathy are extended to Ricky and the rest of Karl's family at this time of loss.

It is with great sadness that the family of Karl Otto Pfeifer announces his passing after a long battle with cancer, on Tuesday November 14, 2017, at the age of 81 years.

Karl was born in Mochenwangen, Germany in 1936. He was the youngest of five boys. When he was fourteen, Karl left home and started an apprenticeship as sausage maker.

After the army, he returned to the Philadelphia area and married Trudi Pfeifer (née Rasch). Together, they had three sons, Karl, Mark, and Greg.

After his first wife passed in December of 1980, Karl met and married Ricky Pfeifer, the mother of two daughters, Christina and Jennifer.

The family continued to grow with the birth of their daughter, Laura, in 1983.

He worked as a master sausage maker for several Philadelphia-based meat-processing companies until his retirement at 64 from Dietz & Watson. After his retirement, he developed an interest in furniture making, raising chickens, gardening, and tending his koi pond—all while perfecting his wood chopping and stacking techniques. He also loved traveling and skiing with his brothers in the European Alps every winter.

But his greatest joy was spending time with his many children and grandchildren.

A service in loving memory of Karl took place at Marple Christian Church at 10:00 a.m. on Monday, November 20. Interment was at Lawnview Cemetery in Jenkintown.

In lieu of flowers, donations in memory of Karl may be made to the Disabled American Veterans Organization or Marple Christian Church.

Please keep the Pfeifer family, and one another, in your thoughts and prayers as together we mourn Karl's death, while at the same time rejoicing that he is now at peace in his heavenly home.

Grace and peace to one and all!